We want to support ten local authorities from across the European Union to develop their concepts for regional hydrogen and fuel cell (FCH) projects into detailed work plans. These projects will accelerate the progress of hydrogen deployment in Europe by providing a blueprint to other regional hydrogen projects, as part of a drive towards carbon neutrality.

We received 38 applications for Project Development Assistance (PDA) from regions across 19 European countries. The initiative attracted applications from all corners of Europe, including from areas with low deployment of hydrogen technologies, such as Central and Eastern Europe. Up to ten successful applicants will receive targeted support from dedicated consultants for further developing their project plans, thus advancing the deployment of FCH technology in Europe. The proposals will be evaluated in the next weeks. The results are expected by the end of April.

The PDA-Regions EOI-call was open to all interested municipalities, districts, regions and metropolitan areas within the European Union and associated countries from the 16th January 2020 until the 12th March 2020. Successful applicants will receive assistance in the form of time from a dedicated consultant and project manager with experience in the geographic region of the project and hydrogen project development. The budgeted time available is expected to be in the range 40-85 person-days in total.

Advice will be provided on a wide range of issues, including technical, legal and financial support.The contractor aims to provide support in creating:

Please note that support will only be provided in the form of funded assistance from one of the contractor consortium, and no direct project funding will be provided. 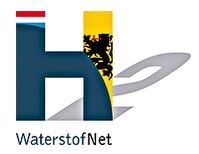